A Day at the Yacht Club: Why we protested

Yesterday at 3pm Auckland Action Against Poverty organised a direct protest action. The location was at the Royal Akorana Yacht Club on Tamaki Drive. The action was aimed at the people attending the National Party summer fundraising party. Our message was clear. The punitive and inhumane treatment of beneficiaries imposed by this government needs to stop. 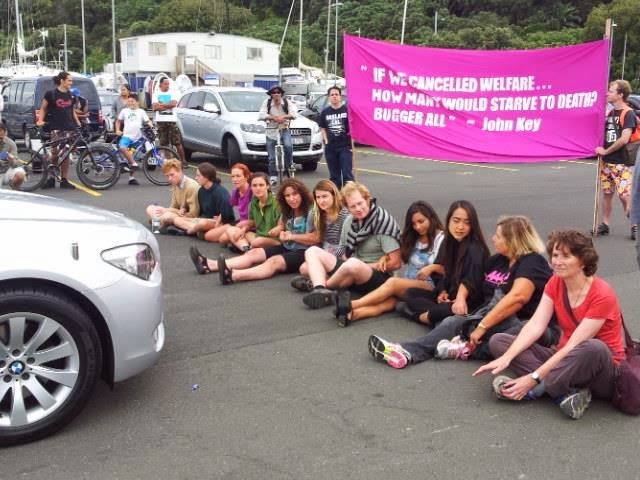 We arrived armed with banners, signs, a giant inflatable rat and our passion. What began as a crew of twenty quickly swelled to a group of fifty committed and determined activists. As our numbers and determination grew so did the police response. More and more arrived. They were armed with tasers. I hoped no none would get hurt.

I attended because as an advocate at AAAP I see the consequences of the welfare reforms on a daily basis. Last week I met a women who had no money for school uniforms. The WINZ case worker asked her what had happened to last years uniforms. The woman informed her the children had grown. The caseworker asked her if she had proof that the children had grown. Th process of requesting aid to dress your children for school should not be a process that makes people cry. It should not be a routine exercise in humiliation. I am angry and I want the people attending to be aware that the consequences of welfare reform are real. They are having real life dire and devastating consequences.

All we did was yell and chant. We also tried to gain access and disrupt the proceedings with noise. My personal goal was to get anyone attending to think, even for a second, about what could impassion someone enough to get off their arse on a summer Sunday afternoon and yell at them. That is all.

Some of the guests weren’t happy that they were being yelled at. A man in a bright blue jacket was very upset his access was hindered and he couldn’t get straight in to his destination. Bummer. I found it hard to empathise that he was being inconvenienced. We were delaying him from his Pinot. I just thought about how it’s not like getting declined for an emergency food grant. It’s not like getting trespassed for raising your voice so you have no access to services at all. Now that inconvenient.
Meanwhile main stream media, particularly TVOne dismissed us as a ‘rent a crowd’. Sean Plunket on Radio Live said that we are just the usual crew of protesters and give protesting a bad name. We sent out a couple of press releases. If Plunket chooses not to read them and to report while being wilfully ignorant perhaps he is giving journalism a bad name.

Things did get a little heated. We did try and get close. Close and in their face. Impinging on their personal space. Invading their daily lives. It’s an uncomfortable experience isn’t it.

We were joined by a DJ and spoken word poet Tourettes. Tourette’s work is insightful and acerbic. I saw some of the police snigger. We sat down in front of the ministerial cars. They had to sneak Mr Key and Paula Bennett out the back. Why haven’t MSM reported that? Why didn’t they want to come out the front and hear our message? What did they really have to fear? John Key had police and his own security detail. We just had a few protesters with a passionate message 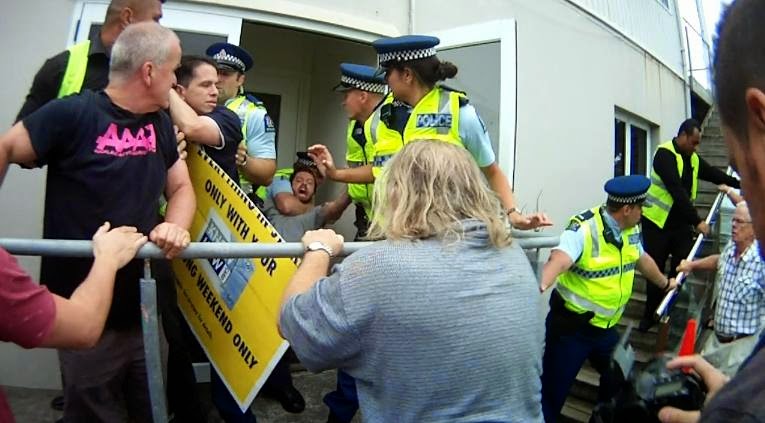 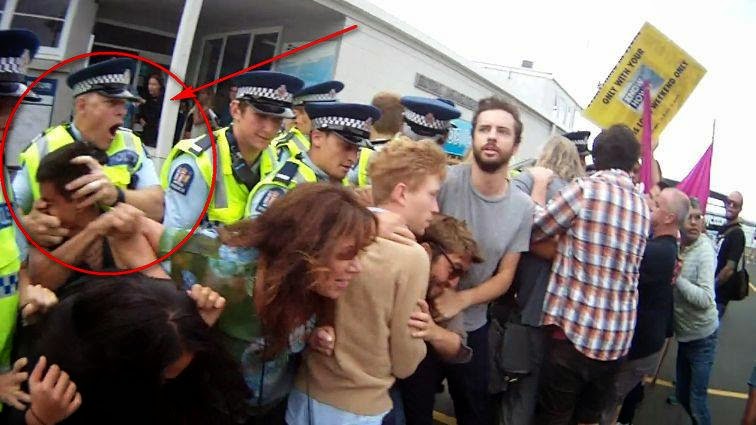 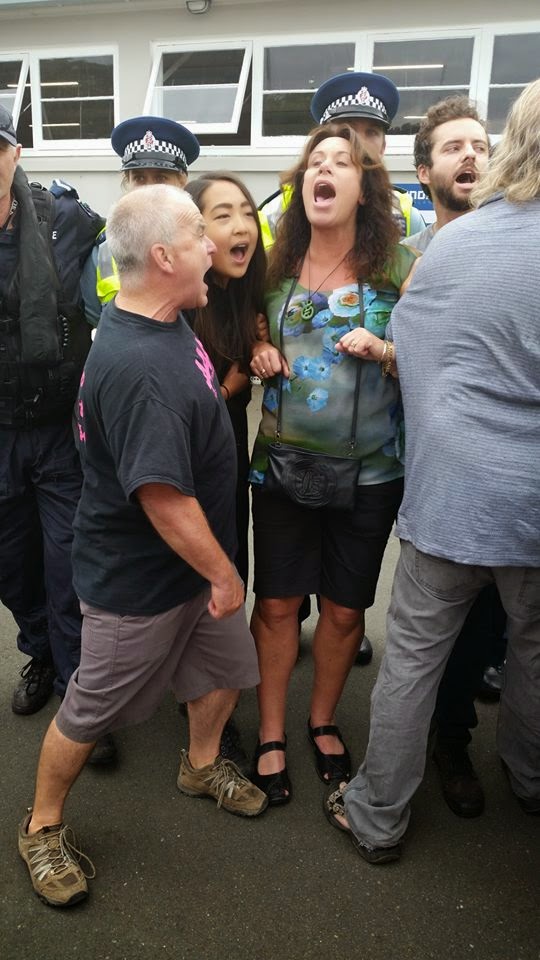 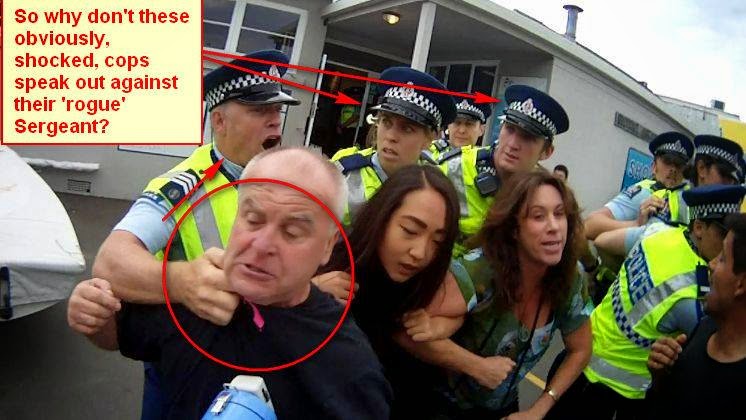