It is no secret that trade unions face an uncertain future. Membership has declined and in my own work life I have seen unions go from compulsory to largely invisible in some industries. The union movement is challenged in a variety of way: the increasingly precarious nature of labour, dis-incentivising and disempowering legislation and perhaps, in all honesty, some less than strategic planning on the part of the unions themselves in the nineties. If they want to survive they are going to have to come up with innovative ways of going forward. One of the innovation’s at First Union is a Union School. 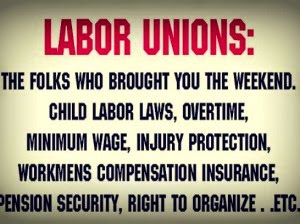