Labour of Love or Poll Dancing 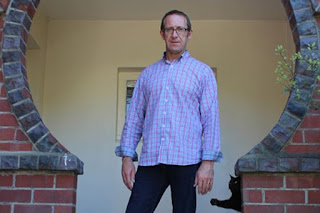 At the moment Labour is acting like a lousy lover. The kind of lover that is saying whatever you want to hear but at the end of it all is not willing to commit. The kind that won’t sleep over, doesn’t introduce you to their friends and always expects you to come to their place. It is not a flattering look and it is not going to serve them well in the long run because if there is one thing most people require in both a lover and a political party it is fidelity and reliability. That may sound conventional and old fashioned but alas it is also true of most long term committed relationships. Of course the beauty of MMP is that it allows for a bit on the side.

In previous blogs I have suggested that publicly slagging off the parties of the left is not conducive to building a strong opposition. At this point it is hard to place Labour left of anything apart from left behind the eight ball making them fair game. Besides, like any good friend, if you see your buddy getting treated badly by their partner at some point you have to speak up. The big split from the migrant Chinese community was loud, public and embarrassing for everybody watching. They didn’t break up so much as Labour ditched them in the worst possible way. This was worse than dumping your partner by text. This was more like checking your Facebook and finding your spouse has changed their relationship status and then they upload a photo taken at a club with a pole dancer.

I know it is a cliché but is it possible Labour is having a midlife crises? As the party flounders from one miscommunication meltdown to the next it is starting to look increasingly desperate. Like the fifty year old divorcee who suddenly grows their hair, pierces their nose and takes up skateboarding in a bid to remain attractive there is a risk of appearing ridiculous. There is also a risk of serious injury. As Labour continues to flounder in the polls it is apparent that trying to present as different things to different people will leave you attractive to no one that matters. At the rate they are going I wouldn’t be surprised to discover Labour has a secret Tinder account or a whole other family stashed in a different part of town.

The thing is if Labour would just stop slutting around and trying to be a ‘player’ it would be a far more appealing proposition to a lot more people. It’s not that tricky. A relationship with a political party is no different to any other relationship. You are looking for a few core values that resonate with your own, but apart from that most of us are looking for honesty, integrity, respect and commitment. At the moment with its constant flux of reinvention Labour is attractive to no one and even the long term admirers are losing hope.

If you go the Labour website you will see that it still rates itself as the party that puts people first promising affordable homes, more secure jobs with higher wages and that our kids get the best start. The next thing you notice about the website is that it hasn’t been updated since the black election. It’s as sad as the  people on Findsomeone using a ten year old photo and the picture includes an amputated arm of the last failed relationship.

This is the party that historically has claimed it is for workers and yet has constantly been off message. There is no thought, no planning and mostly they aren’t listening. If I was Labour and trying to woo me back I would start with perhaps trying to just being themselves. While it is true that the nature of employment has changed, the people doing the work haven’t. We all still want the same things. We want Labour to stand up and speak and not embarrass everyone with a bad rap.

We all know that Labour is keen on courting workers so why not just ban trial periods?  Don’t replace it with a probation period, come out punching. At the same time ban zero hour’s contracts. There two things right there that workers will benefit from. Stop pussyfooting around for fucks sake. We know Labour wants to increase the minimum wage. Make me an offer I can’t refuse.

Labour has been ogling small business and contractors from the sidelines for ages. These are the Labour parties’ exes that are now looking at other offers and finding Labour lacking. They are going to need something concrete. Labour are still talking up Kiwi Build but haven’t promised anyone a piece of the pie. Perhaps explaining how small business is going to be a part of this massive building project would be a start. Let them know that this isn’t a one night stand and that Labour is looking for a long term commitment. Nothing says commitment like building your dream home!

If Labour really wants New Zealander workers to feel loved why not ensure effective health and safety legislation but also put the inspectors back in the mines. In fact why not commit to ensuring that MBIE has the resources to train a hundred more labour consultants / inspectors that are there to ensure employers are fulfilling their duties and when they aren’t, ensuring they are prosecuted. This weekend Michelle Boag stated that wages were low because unions weren’t working hard enough for their member’s. I am expecting a strong response but am not willing to hold my breath in anticipation. Maybe Labours relationship with the unions has reached a point where we need something in writing. It is time to renew the vows.

Perhaps Labour can win back some of the migrant support it has woefully taken for granted and actually ensure there are steps being made that stop migrant workers being exploited.
On the weekend the National Party announced changes to migration legislation that is aimed at moving more migrants to the regions. This is an opportunity for Labour to start building bridges, at least metaphorically. As John Key talks to the needs of the employers in the regions perhaps Labour can speak to the needs of the workers. There is a reason that employers in the regions have problems attracting staff, especially in the areas of horticulture and hospitality. I have worked in both areas. Pay is low, conditions are often poor and exploitation is rife. This happens in the city as well. Migrants are particularly vulnerable.

At heart Labour is just a bunch of well-meaning mainstream social democrats. They aren’t radically left and I am not expecting anything extreme. I will need another party to fulfil my political proclivities but there are plenty of fish in Labours fishing grounds, they just need to stop pissing around with soft bait.

If Labour want to start stepping out and bring the sexy back they just need to stop being Labour Light or even worse, dressing up as Labour Right. Start looking at a way to give workers what they want. Secure work, enough paid hours to live and not just exist, and a place to live. Throw in the occasional summer camping trip and long weekend and it’s possible that everything can be sorted by the next date night.