Minister of Girl Power, Post Feminism Backlash and Being a Babe

Louise Upston: Minister of Girl Power, Post Feminism Backlash and Being a Babe 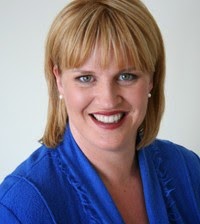 Colonisation @colin_@Colin_R_Gale: Beauty Pageants because
“The confidence that these girls had at the end of it – you literally had to see it to believe it,”

FoxyLustyGrover@FoxyLustyGrover:
“I’m not a Feminist cause I have admitted 2 myself it is a Man’s World & that is how I got here. Problem?”

FoxyLustyGrover@FoxyLustyGrover:
I hear they might change her Portfolio to:“Minister For Women’s Time of the Month & Other Gross Girl Things”

Karen Foreman Brown@serenity22:
apparently Jo Goodhew was Min prior to Upston. Who knew?! Who even knew we still had one?

Steve Grey@realstevegray:
The Minister for Womens Affairs wants the name changed to Lady Affairs, as it is ‘cuter, and more fun for men’

Binary Smasher @kiwinerd:
NZ’s new Minister for Women is not even a feminist, let alone a womanist.

Andrea Vance @avancenz:
A feminist: advocates or supports the rights and equality of women. So I’m thinking Louise Upston might be in the wrong job.

Richard Hills @richardhills777:
she voted against marriage equality too, she clearly doesn’t like any icky labels that help others get equal rights and things.

Kate Davis@kateinthebay: ‘I’m not a feminist because I’m doing okay pandering to the patriarchal bullshit. Problem?’