The Bitchelor Episode 16 The Batchelor Bags His Babe: One Woman’s Reflux 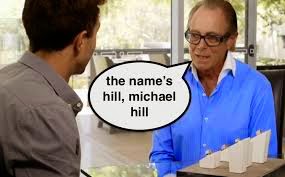 I honestly didn’t think this day would ever come. I didn’t think I would make it. I would just like to take a moment to thank everyone who has supported me through this most trying of time. I’m not going to lie. It has been tough for me and those around me. This is a big shout out to all of those who have listened to me whine, my poor flatties who have had to endure the show being on two nights a week, but mostly I want to thank you, yes you! The faithful readers who have been sharing this traumatic ordeal with me. It has been hard for all of us. I was one more episode off a relapse. But now….it’s the final! I’m so excited I might just manage to swallow my own sick and file the dry skin off my heels.

The thing about dry cracked heels is they just aren’t sexy or ladylike. I have a tool that’s a like a giant nail file but smaller than a rasp. You couldn’t break out of jail with it.
Tonight the last two standing are off to meet the dysfunctional shit-storm that has produced Art. The two final contestants are going to allow themselves to be judged like prize ponies by the Fockers who think their precious boy should be allowed to select a mate like a randy cock. This is the stuff Freudian wet dreams are made of.

Matilda goes first, then Danni goes second. The mother asks invasive questions. The sister and father eye them up and assess their breeding potential.

Then they both went on dates where they patted and petted captured mammals, performing tricks like bar girls with ping pong balls.

I have contemplated those tools that you can buy on telly. They are like the electric shaver but they actually shave the skin off your feet. Like a Black and Decker sanding mouse. There’s something kind of creepy about them. What if you go too far? What if you file a little too much? The thing is beneath the crusty cracked skin there is a foot. While you might think what you’re doing is just cosmetic but if you go too far you will inflict real damage.

I no longer have to #WatchingThisShitSoYouDontHaveTo I have my nights back. But the question remains what damage has been done? How many young NZ women have watched this shit, surrounded by a family that are condoning this action just by the mere fact that they don’t object. It’s so shit. Every episode sending the women’s movement back another year, while we live in a culture where rape victims are blamed, teenage boys post footage of abuse online and the Prime Minister thinks touching a young woman who is being paid to serve him like a toy is just fun and games.
There are some things that shouldn’t be shared with an audience. Filing your feet is one of them. Especially if you risk it with a machine that speeds up the whole process. You might think it’s a shortcut but you may end up with a bloody stumpy bit.

I have heard plenty of women say that the women should not participate in this kind of shit. I have had many discussions about agency and the meaning of choice. More and more I question whether free choice exists. I don’t think women should participate but neither should fuckwits like Arthur Green. Men have agency and they have no excuses. As women let’s not keep giving them that power. Any man that would engage in this process is simply not worth it.

What? You want to know who won. Seriously? No one won. We all lost. I doubt if the advertisers even made on it because twelve year old girls don’t buy jewellery.

Some processes should remain private. The pain of dating and opening your heart to another shouldn’t be trivialised for entertainment.

I wish the women that chose to be involved all the best. I hope they got what they thought they would.