This morning I checked my emails and noticed I had received one from Grant Robinson.
That’s nice. Since the election I have had a lot of mail from Labour. They have gone Survey Monkey Mad. Understandable. Part of the autopsy process and strategic analysis for the future. 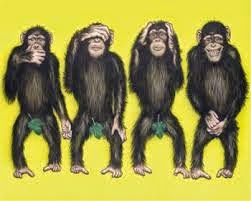 This email however is slightly worrying. It’s Grant letting me know that Labour is worried about the changing nature of work. Really? Have they only just noticed? I’m concerned that if Labour are only just working this out they might need to change their name. Not Labour maybe. Let’s face it the nature of work has been changing since 1991 and the introduction of the Employment Contract Act . It’s easy to see now the clue was in the name the whole time. Contract.

The email goes on to tell me that due to this changing nature they are starting a two year commission and that they would like to hear from people, including me, about how I feel I about work so they can I assume, start tailoring policy. There’s a survey attached.

I hope I can find time but the truth is I’m really busy. Next week I’m starting work. That’s great but it does add complications. At thirty hours a week on the living wage I’m not actually going to be able to make ends meet. So to supplement my income I’m advertising for a flatmate. I’m answering questions through Facebook. So far the only response I have had has been from a friends daughter who is nineteen and unemployed. She’s looking though.

I have to get the room ready for inspection. But the room is full of my nieces stuff. I let her stay last year for minimal rent because she was studying, but she hasn’t moved yet because her boyfriend and her can’t find a place they can share that is close to Auckland Uni, that they can afford. Also she’s down the line still working her summer job at the moment.

When I finished answering the messages I had to start ringing around friends because my new job requires I go out of town in the second week for four nights and I need to find a dog sitter. Dog care is $50 a night for two small dogs so that would be $200 and an additional $50 if I pick them up late. $250 is most of my take home but it’s worth it because this work, which is for 12 weeks might lead to more work.

After that I got caught on the phone talking one of my Uni mates who finished her degree, like me , last year. We are both hoping to do Masters this year, studying part time and working. We got good grades and worked hard. My friend can’t look after my dogs. She has a child and she works
Fourteen hours a week coaching gymnastics. Yesterday she went for an interview and got a job tutoring. That is another five hours a week work or ten when there is marking. It’s also only for twelve weeks of semester. So she still has to keep the other job, the new job and possibly find some more work somewhere else. We had a long chat about her WINZ support and her Working for Families, tax credits and of course secondary tax.

This arvo at four pm I jump in my car to get to Oneunga at five,( when I’m out of town I will save some money on gas which can go toward the dogs) . Auckland Action Against Poverty is hosting Guy Standing and we hope to raise some money. I’m working on the door because I’m good at asking for money.

Guy Standing is talking about his second book. The first book was all about the precariat. People that don’t have stable work, that are desperately trying to keep everything together with a variety of jobs, always worried about how they are going to pay rent or rates, dog day care or childcare. People like me and my friend. People like the people that use the services of AAAP. People that have an insecure and insufficient income. We are not all blue collar, we are not all traditionally what Labour might term working class but we are all in the same rapidly sinking boat. Life jackets are in the form of permanent contracts and in short supply.

Tonight’s talk is about his second book and he is talking about a Universal Basic Income. An income paid to every person, without any form of means testing or a criteria. He is an articulate, compelling and inspiring speaker. He knows his topic. He systematically addresses all of the objections. He opens his talk by saying that there is no going back. Work will only become more precarious. Then he starts painting a picture of a possible future. His argument and vision are attractive.

While he talks I check my phone. I’m not sure I have time to indulge in the vision. No flatmates and no offers to dog sit. While he is talking I am still considering how succinctly he defined my position. The chronic existential insecurity and lack of occupational identity that results from having no control over your ability to work and earn. I check my emails and see I have received one from Andrew Little. The title in the subject line is ‘It’s not on.’ I don’t open it.

Now I’m home and it’s late and this blog is due and I guess Grant Robinson is still trying to find out about Labour issues from people like me for the Labour Party. I’m tired. I’m worried. I’m going to go to bed. I know I’m luckier than a lot of people. I have a home and a bed. I also have a voice.
Here is the link for the survey. Perhaps some of you guys have time to participate. 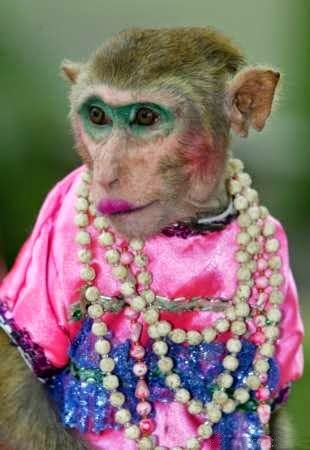 Maybe someone could send Grant this blog. Maybe he knows someone looking for a room to rent, or a cheap dog sitter, or a job that lasts more than twelve weeks and is for more than thirty hours. Maybe he and the commission have time to consider Guy Standings brave vision. I , like many others, just want to know that there is someone thinking about ways of stopping it getting worse