The Bitchelor Episode 7 Paleo Polygamy with a Tramp: One Woman’s Reflux 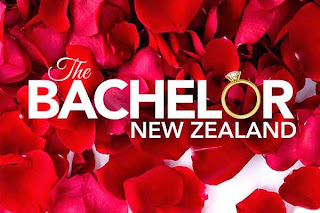 I feel the need to confess. I can’t in all conscious continue without coming clean. I watched the last episode on fast forward with the sound turned off. Look, I know it’s wrong but at the time it felt so right. In all honesty I felt as though I had discovered the penultimate way to watch the show. It improved the viewing no end. Unfortunately it came back to bite me on the arse. I had to watch the episode again to make sure I didn’t miss anything important and because when I say I’m going to take one for the team, damn it, I bend over and assume the position! I won’t make that mistake again. Tonight I’m going to focus super hard so I only have to watch this crap once. What’s more I’m going to try and stay super engaged. I’m so excited I’m going to unblock the drain in the upstairs shower. Only in the ads though, the rest of the time

Did you know that when you search polygamous animals the first pictures are of meerkat’s, which is uncanny because I actually told someone if the bachelor was an animal he would be a mere-kat. (But wouldn’t he tho?) Meerkat’s live in a group with one dominant male and one dominant female supported by subordinates. Sometimes they kill each other. The most likely threat to a meerkat is another meerkat. Last episode Arty pashed two of the ladies with tongues and made the ladies strut up and down for his viewing pleasure while he decided which one wasn’t up to standard.
I’m going to googling random shit.

The opening scene tonight is Arty having a toss and showing us his guns. There are eleven ladies left and of that he has felt a ‘real connection’ with four and snogged two. There was never a lot to like about the bachelor, Arthur but as the series progresses and he reveals even less personality it is hard not to find him repulsive. At least meerkats are cute. Arty is just starting to sound more and more like an arrogant entitled twat.

When Arty announced that tonight’s date was going to be ‘classy’ I knew by the mere fact he used that terminology that it wouldn’t be. (Every brothel owner I’ve ever met has told me that their brothel isn’t a brothel. It’s a gentleman’s club and it’s classy.) Let’s face it, how upmarket can a tv date within a succession of competing ladies be with a limited budget? Tonight’s sponsor was Wither Hills. I’m familiar with the label, its often on special.

Alysha felt special though, when Arty took her on a surprise picnic! (That’s five for five.) I’m not sure how special she should be feeling because the food on the first date with Poppy looked way better and there was champagne.
Alysha is only getting the plonk that Arty mixed in the tasting room.

There’s cuddling and unsurprisingly Arty states he is attracted to her but he has to snog the face of them to see if there’s spark? Why doesn’t he just test drive them out and out? When he’s talking about connection isn’t he talking about sexual attraction? Then they could get a really big budget sponsor like Durex or Viagra. Judging by the way things are going so far it’s probably more likely our Arty would get sponsored by Herbal Ignite. They advertise with Media Works. Damn I hope that wasn’t a spoiler. They keep advertising the Paul Henry Show. You can see how this all ties in.
She turns him down and sticks to the age old feminine ploy of playing hard to get. That doesn’t mean she says ‘no bugger off you shallow bastard’ but instead says she wants to wait….till its special. Does that mean after his finished pashing the other eleven testing for spark?

Thinking about Paul Henry made me google research another polygamous animal. Hugh Hefner. Like the meerkat he also lives in a social group with one dominant male and one dominant female and support staff. The females are a danger to each other and often fight. Unlike Paul Henry Hugh Hefner lounges around in pyjamas. 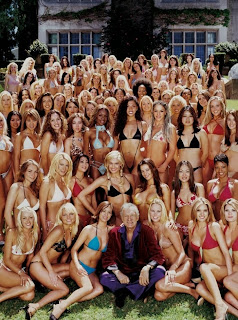 The group date is at a place called Jump where the ladies have to avoid flying balls while getting bounced. There’s tramps everywhere. I kid you not. The tramp situation gets ugly and one of the ladies is seen as unattractively competitive. This is said by one of the women competing with the competitive one. If you follow.

Getting the ladies to compete, while getting jumped, surrounded by tramps and with Paul Henry hanging out at the bottom of the screen was all too much and I laughed throughout the cocktail party missing the desperate manoeuvring as the numbers go down and the pool depletes.

Two of the non-dominant females were sent off with their tales between their legs. When this happens at Hugh’s Mansion they normally get a large cash settlement and a spinoff. Things could only get worse if Paul Henry invites them to be interviewed.