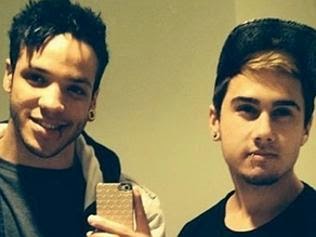 In just one week a case that galvanised a nation into discussing rape culture is now being reframed as mischievous teen hi-jinx. One year ago the Roast Busters case came to the attention of the media and the public. This week we hear the devastating news that the police have failed to gather enough evidence to press charges. In the five days that have followed the dialling down of the language and the reframing of the issue begins again. In fact, after a mere media news cycle, the reframing and altering of the discourse is so complete it would be easy to forget what this case was actually about.

Let’s have a quick recap.It was about men, seventeen to twenty five year olds getting young, often under the age girls trashed for the express purpose of shagging them and then bragging about it online. It was about girls, young girls, reporting they had been raped to the police. It was about a failure by police to investigate, due to what they termed as some communication problems. It was about victim blaming by the police and some media. Then this weeks news that the police investigation did not obtain enough evidence to lay charges. However, what the investigation did not do, in any way, was prove that the men involved were innocent.
Yet within a week the narrative has become about underage drinking and sex education for teens.

Those crazy unruly kids. I just listened to Willy Jackson and Deborah Coddington dilute it to a conversation about liquor licensing. Coddington claiming that when she was young there was no access to booze. Too many outlets and too much binge drinking. This was the problem. Obviously Debs and I were raised in different worlds, because when I was fifteen a bottle of Chardon was $4.90 and it wasn’t hard to get. The only thing that’s changed from what I can see is the selection has improved.But here’s the thing, when I was a teenager and getting drunk I’m positive I knew that it was wrong for anyone to get me drunk and try and have sex with me or my friends. It was wrong then and it’s still wrong and I have faith that a majority of our teenagers know that. In fact I bet those guys who were accused knew that. Teenagers know that getting their friends fucked up and then having sex with them and then posting about it online, is wrong. What is also wrong is treating them as if they are stupid and have no agency or responsibility. By doing that you become complicit in continuing the practice of diluting the dialogue that is responsible for perpetuating rape culture.

Earlier this year we saw a similar response to the allegations made by Tania Billingsly, whose alleged attacker was sent back to Malaysia. Oops.The response, like now was to play down the language and then attack Billingsly for speaking publicly. The attacks came from all quarters and they were shameful. It is this same kind of shift in language that we are seeing now. On social media, the msm and of course alive and kicking on the talk back stations is the response of the anti-feminist and the equally offensive equality apologists.

The rape culture denial begins again and I am thoroughly pissed off. I have been angry and getting angrier for a while. While I expect to hear anti-feminist rednecks talking to Sean Plunket or anonymously trolling on the Twitter, there are some places I don’t expect to hear it. Just after the Tania Billingsly case became public I read a blog by an academic that was titled “New Zealand’s Rape Culture Myth.” The article was written by Jarrod Gilbert. I was gutted. It takes a bit of courage to go from citing someone to slagging their opinions, but damn it, I’ve reached that point and really, I think on this topic, he was wrong.

Gilbert’s blog sums up all that is wrong with the discourse around crimes of sexual violence in New Zealand. He claims that the term ‘rape culture’ is being used incorrectly. To para-phrase he basically says yes, we have a problem with sexual abuse but the term ‘rape culture’ is a misnomer. He goes as far to say that ‘by over-egging the cake the people who use the term do a disservice to the important cause of addressing sexual violence.’

Initially I discounted the blog as just another academic splitting definitive hairs over language. But the more I thought about it, and now with the conversation around the Rape Busters being undermined and hi-jacked again, I’m more pissed off that I was before…The great thing is you can always find a better definition. Here’s my pick for a definition that describes the rape culture in New Zealand.

‘A society that accepts sexual violence and the fear of violence as the norm. A society that, knowingly or not, perpetuates models of masculinity, femininity and sexuality that foster aggression, violence and fear.’
Emilie Buchwald (1993) Transforming A Rape Culture. Minneapolis,MN: Milkweed Editions.

Gilbert’s last sentence is the claim that the use of the phrase is ‘not just inaccurate, it’s also unhelpful.’ Unhelpful to whom? Why do you want to down play it? Who benefits from redefining the discourse, Mr Gilbert?

For those that will argue my definition in terms of New Zealand culture, perhaps arguing that as a society we do not accept sexual violence, let me say this. Every time we don’t condemn it, by either our actions or our language, we condone it. Every time we don’t name it for what it is we fail to own it. If we fail to own it we will never change it.It isn’t just Gilbert the academic. There is also the guy on my Twitter feed who said

@WayneJBurrows: girls and boys engaged in underage sex. Who are the victims?

So let me make this clear.This blog is about language. It is about the language that is being used to manipulate and control the discourse around rape and sexual abuse. It is about people not wanting to attribute an ugly name to an ugly act, but lets be honest. This wasn’t kids messing around on a voyage of self discovery giving each other hickeys.This was abuse and humiliation perpetuated by older men on vulnerable girls.The only people that benefit from reframing this as a teen prank gone wrong are those that accept this behaviour as the norm.
That is a rape culture.