The Warehouse - Where Shareholders get a Bargain 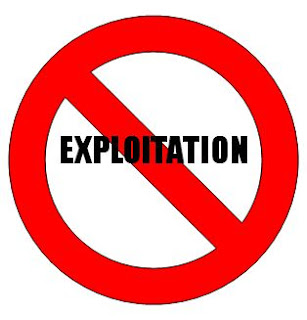 I love chocolate. My preference is for the dark 70 or 80 % stuff but at a push I will settle for dairy milk or even white chocolate. When I stumbled across the new Whittaker’s artisan range I got very excited. There was no avoiding it. There were huge bins of the bars at the entrance to my supermarket. It was between me and the fruit.  I bought three of the stylishly slim, classically presented, more expensive blocks to take to work and share. That way I could just sample them without over indulging. What can I say? I’m sure my colleagues will be thrilled to know I thought about them and it is after all the thought that counts.
Buying chocolate is no longer the straightforward act it used to be. Now the variety is huge but so is the pressure on the ethical consumer. Sometimes I am an ethical consumer. In other words when I can afford morals I try to buy, fair trade, palm oil free chocolate that hasn’t been made by child slave labour. The rest of the time I buy what’s on sale. At least I can relax knowing that in New Zealand our youth aren’t subject to child labour slavery. Exploitation on the other hand, well that is a little more subjective.
I bought my chocolate at Countdown. They don’t pay youth rates. The Warehouse also doesn’t pay youth rates. They have a better system. They just don’t pay youth at all. You can feel relaxed about it though, this is not exploitation, this is work experience! They even have a name. They are called the “Red Shirts.”
Work experience is nothing new. When I did work experience it was in the equivalent of year ten. After a discussion with our home room teacher about possible career paths we discussed jobs in that field and then the school organised it with local employers. The whole concept was around dreams and aspirations. At the time I was obsessed with horses. The idea was to step into that role for a week. This would then help us tailor our selection of subjects a going forward. I chose to do my work experience at a stock and station agent. Now I work for a union. Result.
The Red Shirts work for six hours, two days a week for a ten week period. At the end they get a certificate. What the Red Shirts do is stock shelves. They don’t work on the tills, and according to the staff I asked they rarely end up in paid work. Some might score a few hours over the holidays but it seldom eventuates into anything more. This is business. If you were in the Warehouses position would you employ them? It reminds me of the old adage that a wise man never marries his mistress because all he’s doing is creating a vacancy. Isn’t this the same premise?
One store I visited had ten Red Shirts working. On other days they had other schools so to differentiate they called them Black Shirts and White Shirts. As yet there are no Brown Shirts but I’m sure it is only a matter of time. The work that they are doing used to be done by paid workers. The ten students, working for six hours are providing $885 worth of free labour in just one day. Over six days that is $5310 of saved wages in just one store. If you were inclined to extrapolate, The Warehouse group has 242 retail sites and 92 Red Sheds.
There is of course a bigger picture being played out here. Stocking shelves now earns you NCEA credits and if you discover that stocking shelves is your passion you can now go to Massey University and get a degree in retail. Yes, you can start your retail career with a twenty thousand dollar debt but you will have a degree that is specifically tailored to retail. A Bachelor of Retail and Business Management. If you love your study (or a more likely scenario that even with a BRBM you don’t find yourself fast tracked to management) you can continue by getting a greater student loan and doing a postgrad degree. You can do an MA in retail.
I am not being scathing or in any way dismissive of the thousands of people that work in retail. I am questioning whether or not this kind of investment in an area where hours of work are poorly paid and increasingly insecure is the best educational investment. This system is also undermining the paid work of The Warehouse workers. When The Warehouse’s fulltime are staff leaving they are being replaced by casual contractors. The casual pool of hours is being eroded by children working for free. Children working for nothing, stocking the shelves’ with products from Bangladesh, made by exploited workers, in some of the most inhumane work conditions on the planet. We are perpetuating a cycle of exploitation that enables underpaid workers to be able to buy cheap clothes. It is all they can afford.
The Red Shirt programme is not a violation of child labour practice as defined by the ILO and this is a far cry from children being sold into slavery so I can have competitively priced chocolate. The question here though is, is this type of work experience about inspiration or exploitation? Who really benefits? Is this the work experience that will motivate our children into meaningful work or is this just the beginning of the conditioning that normalises the idea that their labour is literally worthless? We may have stopped sending children down the mines but aren’t the malls and the mega stores just the mines of modernity? Is this the future we dream of for our children and is this really the best we can offer?